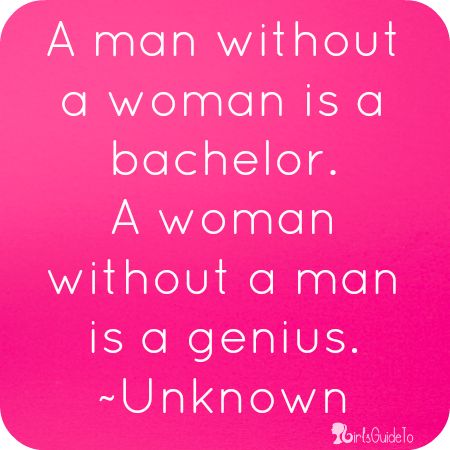 So many people have a problem with people being single. I like being single. At one point, I was actively looking for love because I had felt what I thought true love felt like for the first time (it occurred in my early 30s). I subsequently had my heart broken but that man let me know that I had a heart and could love. I truly didn’t think I had a heart before I met that man. So I do thank him for unfreezing my heart. However, finding love is extremely hard and sometimes we need to just let it come to us OR learn more about ourselves while letting it come to us.

I have two Facebook singles groups that focus on that and I always hear so many stories from males and females where people are always getting on them about being single. In 2017, I got my degree in Psychology and most of my papers were on one of the most important examples of relationships to everyone: Our parents.

Parents are Your FIRST Example of Love and Relationships

How do you know how love looks? By looking at your parents. Do you know who does NOT harass me about not being married? My parents. Why? Because they have been married 46 years and their marriage isn’t ideal. I won’t put all their business out there but I will state that the number of years doesn’t equate success. Many people learn what they want or don’t want from their parents’ example. I don’t want to be married because many of the marriages that I see are unhappy. I don’t need that in my life. I found that I am happiest alone. I like making my own rules and doing my own thing. I might have a child, dog, and a cat but we all get to chill and just BE. Society, however, likes to try to tell you that something is wrong with you if you are a certain age and unmarried, especially as a woman.

I have had a few women in my group state that there parents or family like to assume that they are gay because they aren’t married. Isn’t that kind of weird though? They don’t have a MAN so that makes them gay but they also don’t have a WOMAN so what does that make them? It just makes them single. Some people need to mind their own business.

What society has taught a lot of us (especially women) is that we have to have someone to be happy. This is NOT true. I know of too many married women or women in relationships that are NOT happy. When some tell me what they’re going through, I truly shake my head and say “I can’t get married if I have to put up with that.” And I’m not saying that all marriages and relationships are bad because I do know of a few marriages that are absolutely beautiful. I also know that there are ups and downs in all relationships but there are some things that I can’t tolerate that end with my man being a corpse on Snapped. I know my limitations and, unfortunately, some couples don’t respect or communicate with one another in an effective manner. That is something that we can all work on while we are single.

Some of these women force themselves into relationships to be better than single women. Usually the first insult that people attempt to give to a woman when she doesn’t say something that they don’t like is “That’s why you’re single.” I have had many people say this to me. So because I have a different opinion than you and you lack the skills to debate, I’m single? Oh….okay. It’s hard for people to understand that all people (especially women) don’t want to be in a relationship or married. Honestly, if I just WANTED to be married or in a relationship, I could be in one. However, I swat people away. People approach me all the time. If I were to put myself out there and try to find someone, I could have someone by now. I, however, want quality and I can’t say that there is a lot of quality in my demographic and I will not sit in a unhappy relationship to prove to society that I am good enough to “have a man”. I’ll let the other women handle that and learn from their journey. I don’t need to touch fire to know it’s hot.

Not Lowering Your Standards

There are so many people out here that love to assume that women are “picky” and need to date outside of the box. They assume that I haven’t dated outside of my box. FALSE! I have a preference physically and probably one or two guys that I dated were my physical preference. I have dated felons, handicapped, short, fat, employed, unemployed, car, no car, you get my drift. I tell people all the time that trash comes inside or outside of your box. You can’t guarantee an outcome just because you did something different. People need to stop shaming people for having a preference. Everyone should really focus on themselves but that’s a whole different topic.

One standard that I won’t change is who I choose to have sex with. That will pretty much KEEP a woman single in this world and I’m fine with that actually. You see, I abstain from sex. Yes, I have a daughter but that doesn’t mean that I’m chasing anything with a penis. No. People can learn from their past. However, what really changed my view on sex was falling in love and making love. I don’t see a reason to have sex if there is no love involved. This view, however, is what makes men run which is funny. You see, as long as there are women that are willing to have sex with them, they don’t need a woman that doesn’t want to have sex. And that’s fine. That will likely keep me single unless I get lucky and find someone with those same thoughts but there aren’t many men out there with that mindset because they can literally get pussy ANYWHERE. Why would you wait for what you can easily get somewhere else? My sisters and I were talking about that and it’s kind of sad that people get ridiculed for being a virgin or abstaining from sex. There was a time when it was common but now people look at you as if you have two heads when you say you’re not having sex. And DON’T say you haven’t had sex in years; they will really look at you like you’re crazy.

Just be single. Learn about yourself. Do things alone. Do things with your other single friends. Listen to the advice of your married friends. Observe other relationships. JUST BE. There is nothing wrong with doing this. We all have things that we need to work on as people and we’re always growing and learning. So grow and learn until someone comes along if that’s what you want. Or just grow and learn because you want to. Focus on you. Don’t compare yourself to your friends and family. Ignore the mess that society tries to beat into your head about what you should have and be doing at a certain age. BE HAPPY being free. That’s the great thing about freedom; you can do what you want. As long as you are not hurting anyone, it’s fine.

Women especially have it hard out here and many get depressed or force themselves into situations to silence others. The best way to silence these people is to ignore them and be happy. I swear that doing your own thing will make you happier than by living by someone else’s rules.

Blogging about life. Well, my life. As a black, bipolar, mom to a teenager with special needs, well, there is always a story to tell. From my aversion to having a man to my weird experiences while trying to avoid people, it's all there. Being me is.... different but it always makes for good blogs. View more posts

2 thoughts on “Can I Be Single In Peace?”